Here at Cheltenham Dental Spa, we’ve been fully committed to providing a warm, friendly and atmospheric dental environment for all our clientele during the past 6 years. Making the dental experience as enjoyable and comfortable as it can be, for all patients – young and old – has been at the centre of our ethos since the clinic was first opened in 2013 by Dr Ghaleb Karein and his wife Donna. Between them they have an excess of 14 years dental experience behind them, as well as two active and vibrant young children – so understand first-hand the minefield between young children and the dentist’s chair. This being so, they launched their ‘Tooth Fairy Clinic’ which aims to educate and introduce youngsters to dentistry in a non-scary and engaging way and build their confidence in all aspects of dental care and treatment. 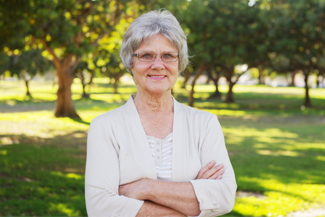 One aspect of dentistry that is commonly needed by both children and adults, and is offered here at Cheltenham Dental Spa, is the installation of braces. There are two main categories of braces – cosmetic, and orthodontic. The latter requires a visit to a qualified orthodontist’s, and is only needed in cases of severe alignment issues, and cosmetic braces are available from dentists such as us and are primarily used to treat more visible teeth only. Cosmetic braces are discreet and can often be removed, and as such are generally favoured over fused orthodontic treatments, vastly boosting a patient’s self-esteem and confidence whilst restoring their smile.

We offer various forms of cosmetic dental treatments, such as Invisalign, Incognito braces, Clear braces, Damon braces and Inman aligners. Invisalign is a custom made retainer, constructed from a mould of the patient’s mouth, which – when worn, gradually aligns the patient’s teeth to their required specifications – set out before treatment begins. The benefits of Invisalign is that the retainer is removable, and thus can be worn at a patient’s leisure, and the mouthguard is also practically invisible when worn. Incognito braces are similar to typical ‘train-track’ braces in that they are fused to the patient’s teeth, however they are virtually undetectable as they are fixed to the back of the patient’s teeth rather than the front. Clear braces are again similar to conventional fused braces, however they are constructed from a clear plastic-alloy and as such are undetectable from the outside. Damon braces are similar to Clear braces, only they are fused to the teeth with clear or white ceramics, and thus are again difficult to detect from the outside. Inman aligners are similar to Invisalign, however they are primary used to combat protruding teeth and are worn for shorter time frames and made of a less malleable material.

Another service that is available here at Cheltenham Dental Spa is the installation of dental implants. Unlike dental aligners, dental implants in Cheltenham are only generally used when teeth have been lost or are damaged beyond repair. The process of installing dental implants in Cheltenham begins with a small hole being made in the root of the patient’s mouth, in the gap where the tooth is missing. A titanium screw is then inserted into the gum, and given a period of time to heal. During this period, the titanium fuses with the bone. After which, a new replica tooth (or denture) constructed from ceramics is placed on the screw and thus the gap between the teeth is filled and the patient can once again smile.